Where there is creation there's life

Work after work stretches its limbs and steps of the easels. Already. And it hardly is 8 degrees below zero. It doesn't matter.
Creation has to be realised. Every flat surface deserves to be a Piereneter.
Solowork excluded. Although? 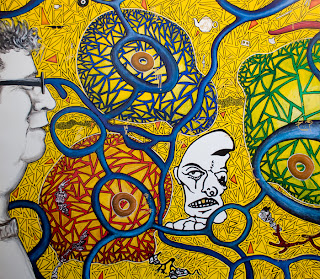 Piereneter 1: It is useless to try to grab the concept of a Pieter in just 1 (one) allcontaining image. Nonetheless it has been an interesting journey through the depths of his ways of thinking and working. Most people would need a three week holiday or a short stay in a clinic for the mentally challenged to refind their balance.
We -though- go on as if nothing happened! 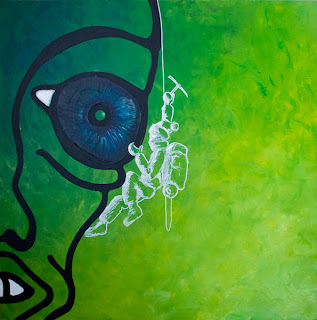 Piereneter 4: In this work you'll recognise the carefully touching, a learning to know eachother. Our meeting, a close encounter of the first kind as well as a rather rough collision, also became a conception, from which beautifull things -carefully blinking against the sharp lightof the day- are thrown into this harsh reality. 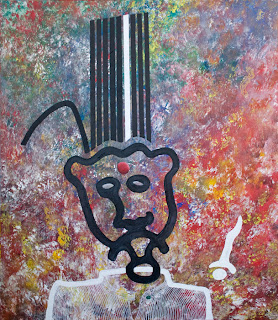 Piereneter 5: Colors, shapes, structures, they seem to find their way themselves. We do have a say, we may contribute, but each time we ourselves are surprised over the result. Not only about the painting itself, but also about how that image reflects each of us personally. 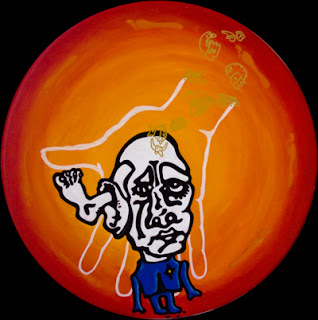 Piereneter 8: You'll already have noticed that this work is all about emotions, that it reflects our gifts as well as it mercyless shows our flaws. And you will have noticed that we're not afraid to show this to the world. We do warn though that these images are not meant for especially the older viewers... 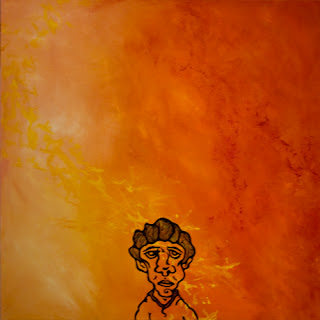 Piereneter 6: Enjoy life. The sharp observer must have found out by now that there's hardly any chronolgy in the way these works are put in this blog. And that's how it is supposed to be! Logic is not our forte. Than again; that just might be the thing we think of using to inspire our next series. 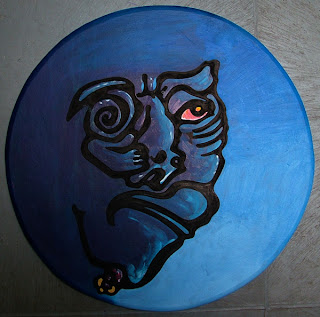 Piereneter 7: A strange case of virgin birth, that is how this work appeared to us. No one sane would leave two artists in one atelier with something like that, would they? What happened on this occasion no one really wants to know. And we won't talk about it. To no one. Ever. Unless we're under severe torture. Or blackmailed, we're very vulnarable to blackmail. 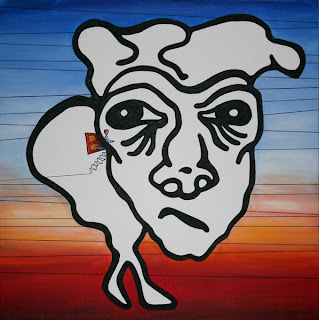 Piereneter 3: We only needed half a word to completely complete eachother in this work. It is a shame though that we were both thinking of a different word. Chances are that that is what's going to happen a lot of times. 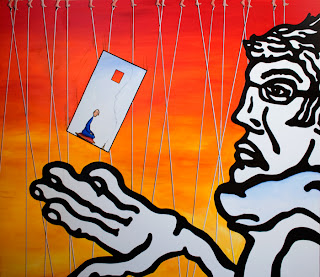 Piereneter 2: It is useless to try to grab the concept of a René in just 1 (one) allcontaining image. Nonetheless it has been an interesting journey through the heavenly fields of his ways of thinking and working. Most people would need Nirvana or a very long stay in a clinic for the mentally challenged to refind their balance.
We -though- go on as if nothing happened!
Posted by René at 1:40 PM

Thanks for a spontaneous reaction. We do like a bit of participation in the relationship between the artists and the observer. We might re-react.

Dutch Piereneters Collective is and are:

Slow but steadily the Dutch Piereneters Collective evolves around art-explosionists

We’re working with other artists, combining our creative ways to beautiful collaborations. Amongst them are: